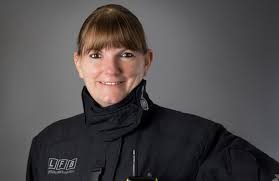 Our thanks to James for this piece in The Guardian. Unusually, we’ve archived it, because it contains a revelation from Dany Cotton that the paper may come to regret.

The piece focuses on the fuss following her suggestion about renaming Fireman Sam as Firefighter Sam, and notes she still heads up a women’s network within the fire brigade. So we know where her priorities lie. But these paragraphs caught my eye, emphasis mine:

Speaking at a event entitled “Gender Equality: will it take another 100 years” organised by the Young Women’s Trust, Cotton revealed the sexism she has faced throughout her 30-year career at the LFB.

Asked whether she supported quotas in industries dominated by men, she warned that women promoted during quota periods could suffer because of positive discrimination. “For every single rank promotion I’ve got I have been told, every single time, that I’m going to get the job because I’m the only woman on the panel – even the job I’ve got now. Which is quite bizarre, really,” she said.

How can women who’ve been promoted during quota periods “suffer because of positive discrimination”? After “revealing the sexism she has faced throughout her 30-year career at the LFB”, Ms Cotton admits to having been informed in advance that anti-male sexism has been behind every promotion she’s had, right to the top of the LFB. And still she complains about sexism!!!

“Quite bizarre” doesn’t start to get at the truth. Bloody outrageous anti-meritocratic anti-male promotions, more like.