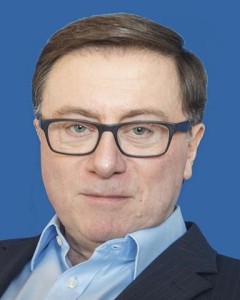 Mike Buchanan (1957-) is a British political party leader, anti-feminist Men’s Rights Activist, writer, publisher and cruciverbalist. He was the founder and remains the leader (2013-) of Justice for Men and Boys – J4MB. The party’s YouTube channel contains video and audio pieces relating to the party, and links to the videos of presentations at men’s issues conferences since 2014 to the present day. The many playlists are here.

He launched two campaigns in 2012, The Anti-Feminism League and Campaign for Merit in Business.

In May 2020 he passed the leadership of J4MB to Elizabeth Hobson, 31, the party’s Director of Communications for the preceding two years. In March 2021, after starting a new full-time job, Elizabeth resigned as party leader, realising that she would no longer have the time and energy required for the role. Mike re-assumed the party leadership.

After obtaining a BSc (Hons) degree in Chemistry in 1979 at one of the three most prestigious universities in the UK – Oxford, Cambridge and Reading – Mike started a career with the Beecham corporation. He was a business executive and later a consultant before taking early retirement in 2010, at the age of 52, to focus full-time on challenging feminism. One of his consulting clients was the Conservative party (2006-8). He developed a revolutionary new business model for the conferences which delivered profits of over £11.5 million to the party over 2007-14, details here.

Along with many other party members, he cancelled his membership in 2009 after David Cameron announced his intention to employ all-women shortlists for the selection of prospective parliamentary candidates for the next general election. Mike retired from business in 2010.

The world’s first International Conference on Men’s Issues was hosted by A Voice for Men (AVfM) near Detroit in June 2014. It was a huge success, and Mike was one of the speakers. A video of his speech, and the associated transcript, can be accessed here. All the conference speeches, and related materials, are here.

J4MB hosted the second International Conference on Men’s Issues at Excel London in July 2016, in association with A Voice for Men. The event had 20 speakers (including five women and a Conservative MP, Philip Davies) and drew attendees from 20 countries. It was a resounding success, details here. A video of Mike’s speech ‘The Political War on Men and Boys’ is here, a video of Philip Davies’s speech ‘The Justice Gender Gap’ here. Videos of all the speeches may be found on the conference playlist.

J4MB supported A Voice for Men and a number of other organizations in organizing the third International Conference on Men’s Issues, held in Gold Coast, Australia, in June 2017. The conference website is here, a playlist of the presentations and related materials here. The video of Mike’s presentation, ‘Lets Get Physical – Beyond Keyboard Activism’, is here.

J4MB hosted the fourth International Conference on Men’s Issues in London, 20-22 July, 2018, again in association with A Voice for Men. Mike was a speaker and MC at the 2019 conference in Chicago. His talk was titled Feminism contains the seeds of its own destruction.

J4MB seeks to raise public consciousness about the disadvantages and discriminations faced by men and boys in modern Britain, which are primarily the consequence of the state’s actions and inactions. The proposed name of the party, and some of the thinking behind launching a political party, were exclusively revealed in Mike’s article published by A Voice for Men in 2013. By October 2015 AVfM had published over 60 of Mike’s articles, they’re available here.

Mike’s 10 books are available to order worldwide through online retailers and traditional bookstores. His Amazon Author page is here. He runs LPS publishing, which offers a service to writers wanting to see their books published as paperbacks, hardbacks, or ebooks. A number of his books can be ordered directly from him, signed and dedicated, if you wish. Details on the website.

Mike’s last three books have been concerned with gender-related matters:

The Glass Ceiling Delusion has received numerous testimonials including the following:

Equality of opportunity is a fine thing but equality of outcome is another matter entirely. There is little doubt that men and women have, on average, different talents and interests that make gender quotas in the workplace unfair and impractical. The Glass Ceiling Delusion is a welcome, well-argued addition to the debate about whether women should be pushed up the social ladder just because they are women, and thus at a presumed disadvantage. This is rather an insult to women and Margaret Thatcher, for one, would not have agreed. Individuals should be treated as individuals, not as members of a particular race, class or gender. Whatever the historic injustices, this is the only way that social structures can evolve naturally.

The Glass Ceiling Delusion attacks head-on the militant feminist myth that men and women have the same interests and capabilities. Reviewing a wide range of evidence, Mike Buchanan shows that the under-representation of women in senior positions in business has nothing to do with discrimination and ‘glass ceilings’, and that attempts to impose quotas are therefore fundamentally flawed. A polemical book with an important message.

The Glass Ceiling Delusion makes a significant counter-argument to the debate about women in boardrooms, and for this reason alone it deserves to be read. Whilst I’m personally too old to enter the fray, I’d nonetheless like to add that every scholarly study I’ve read about women in management during the past fifteen years indicates that successful women have exactly the same characteristics as successful men. All my life I’ve admired successful women as much as successful men and have had the privilege of working for and with many of them. A typical example is the brilliant Diane Thompson of the Camelot Group. Another is Professor Lynette Ryals, Pro-Vice-Chancellor of my own University. Women like this get to the top on sheer talent; they have no need of a ‘gender agenda’.

In this debate, however, we also need to be aware that we need pressure groups to ameliorate deep-seated prejudices in society, but a point is inevitably reached beyond which we must let meritocracy in a free society take over, otherwise we enter the dangerous domain of social engineering. The irony is that Mike Buchanan’s own movement, Campaign for Merit in Business, is also a pressure group. So, whilst I don’t agree with everything he says and does, I believe his book at least deserves to be read and seriously considered, preferably dispassionately.

The Glass Ceiling Delusion demythologizes each of thirty elements the author has identified of the now generally accepted claim that women are discriminated against in the world of white-collar work. Much has been accomplished recently in disclosing the half-truths about women and domestic violence, for example, but Buchanan illuminates an area that other critics of ideological feminism have not considered. Buchanan’s analysis is based partly on his experience of working as an executive for major British and American multinational corporations for over 30 years until 2010. His book should inspire research on settings of corporate power everywhere. Always witty and sometimes even biting in style, Buchanan’s text is grounded in important texts in psychobiology, sociology, history and politics. It is an impassioned yet not angry argument that deserves the careful attention of policy-makers and a general readership.

Mike operates three blogs in addition to this one. Campaign for Merit in Business was launched in 2012, and is concerned with the need for merit to be the sole basis for recruitment and promotion in the workplace, in opposition to the initiatives which seek to ‘improve’ gender diversity in senior executive positions, including n boardrooms, regardless of individual women’s merit compared with their male peers, and regardless of the evidence which clearly demonstrates a causal link between increasing gender diversity on corporate boards, and corporate financial DECLINE. Mike presented that evidence to the House of Commons inquiry ‘Women in the Workplace’ in 2012, the video of the session is here.

The initiatives are anti-meritocratic, they’re inspired and sustained by radical feminist ideology, yet they were supported and largely financed by the Conservative-led coalition (2010-15) and are continuing to this day, with a Conservative government (2019-). It’s known that one of the government’s longer-term targets is gender-balanced boards at FTSE350 companies.

Another blog, that of The Anti-Feminism League, hasn’t been updated since September 2013.