A piece published on the website of Justice for Men & Boys (and the women who love them), the political party of which I’m the chairman, in September 2013:

In the last post Jonathan Wiltshire, a supporter and donor, made some very illuminating observations about the M&S ‘Leading Ladies’ ad campaign. We were surprised to see Tracey Emin, the talentless ‘artist’ who’s Professor of Drawing at the Royal Academy – what times we live in! – among the women in the ad. Here is Ms Emin ‘modelling’ a Fawcett Society T-shirt:

Has a common description of feminists, “Bulldogs chewing on wasps”, ever seemed more appropriate?

In my book Feminism: the ugly truth there’s a short chapter titled, Are some feminists (e.g. Tracey Emin) a pain in the arts?

Theresa May managed to look more fetching in the T-shirt (link below), but why on earth was she – a Conservative politician (now Home Secretary) – promoting a T-shirt, the sales of which help fund an odious militant feminist campaigning organisation? 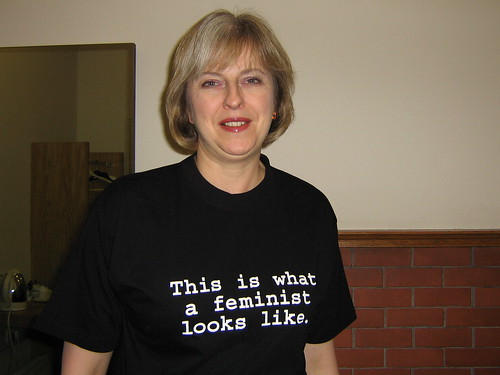 Someone else who looked decidedly more fetching than Tracey Emin in the T-shirt was a much-loved British comedian, Bill Bailey: 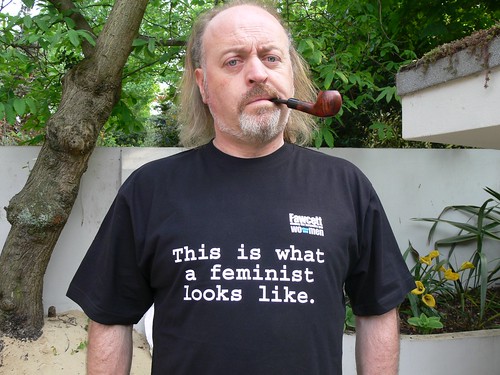 If our tracking down these immortal images isn’t worth a donation to our campaign to fund another candidate for the 2015 general election – link below – we don’t know what is.

Thank you for your support.